When my eldest Princess Chandelier asked me if I would create her prom dress, I was both secretly pleased and flattered, but also filled with apprehension and a little bit of horror at the same time – (I mean really, basic communication can be very painful on occasion with teenagers can’t it, so imagine all the hours of trying on, pinning, general faffing around and constant communication making a prom dress would need!)  I responded immediately with “of course I will darling” but I knew at that very moment it would be grief and stress, no matter how much time I allowed and how much I tried for it not to be.

I have tried mostly in life, to be a little different from ‘the crowd’, and this seems to have installed itself into my children.  Nearly every girl at the proms we have watched, always seemed to have a long dress, but my lovely Charlotte, having done lots of research, decided she wanted a shorter dress.  During her research, she found a dress you could buy, which she absolutely loved the top of – which of course was in Australia, where else would it be! – but the skirt was no good and after much deliberation we decided to take a gamble and order it so I could then ‘create’ her dream dress from that!  Hmmm!

So this is where I started, after asking Princess Charlotte what she would like me to create for her and looking at some pictures, I went to John Lewis and several other fabric shops I frequent, to buy some samples of chiffon, tulle, organza and various other floaty dreamy fabrics.  Then, I went to my both my organza and tulle and my net departments, pulled everything out and we played – for many hours – over a period of days – to decide which one we would go with.  Eventually we decided upon organza as it was the best fabric for creating that floaty dreamy look we were aiming for.  We were still undecided at that point wether to have a layer of tulle or possibly netting under it and Lottie did not really have any idea of either how full she wanted it to be, or the exact length, which made it very difficult to estimate how much fabric I was going to need.

To try and get round this problem, I took one metre of organza and hand gathered it to get an idea of how much fabric I needed to create the fullness Lottie wanted.  I pinned this onto the dress and we played again until we eventually decided on roughly how full and how many layers of fabric – yes, don’t think it was as simple as just one gathered layer, oh no.  We finally settled on 7 1/2 metres, incredible I know.  After shopping around, The Fabric Warehouse in Cheltenham offered ‘the best shade of Ivory’ (yes really) and the best price.  We also bought some floppy solid Ivory fabric similar to lining fabric to make a sash and a bow on the back – probably!

Now I make a lot of fairies and angels and frequently cut all sorts of organza, tulle and net type fabrics and trust me, not only are they an absolute nightmare to cut but it is incredibly difficult to get a straight line.  So when it took me about 20 minutes to do a tiny bit with a metre rule, I decided to take a rather large gamble and tear it.  Don’t react with horror – having worked at Laura Ashley I knew you could tear 100% cotton fabrics and it gives you a perfect straight line but I must admit I just couldn’t see it happening with organza.  However, much to my disbelief and delight, it worked beautifully and I had the most perfect straight line although it was a tad frayed – you learn something new every day!

I then sat in bed at night, watching TV, and hand gathered all that fabric (of a fashion, as much as one can watch TV with a sharp needle working hard in one’s hand!)

I pinned it onto the flimsy skirt part, avoiding the ‘very much of a pain in the butt’ side zip and we had our first ‘fitting’! Then something terrible happened – oh my gosh no – she cried, not good.  It was not hanging or looking at all how she wanted it to.  I was very sad and worried at this point and thinking why on earth did I agree to this, I am so not a dressmaker.  Anyway, we messed around with it for ages but it was very late and I said, as breezily as I could, “Let’s just start again tomorrow” as if it was absolutely fine and tomorrow it would of course, miraculously be ok.

I had to go out the next day, but left her with strict instructions to put both her prom shoes and the right underwear on, with the dress, and really try to establish, no matter how long it took, what she wanted to achieve.  Was it too full, not full enough, too long, too short – the list was a touch endless at this point.  When I returned in anticipation, in typical teenage fashion, she had done not one thing – no trying on, nothing.  Give me 5 toddlers to 1 teenager always. 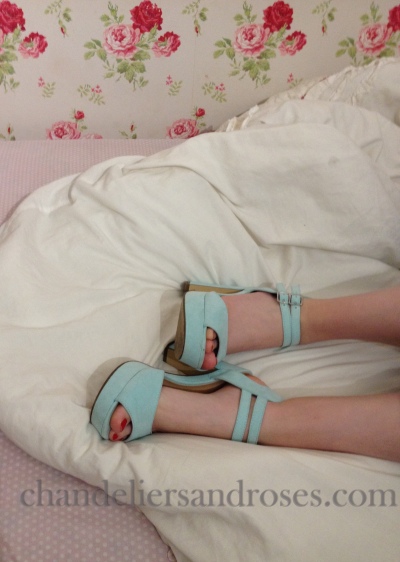 Finally, again late that night, we established the problem – it needed the sash as, without it, it just did not hang right at all.  Once we had resolved this, we then – after considerably more time – established as best we could the finished length.  I then repinned it, Lottie tried it on again and I attached it on my sewing machine, hoping it would be plain sailing from here on!  Sure it would – NOT.

Thankfully, the length was perfect and after I took the longest time ever, to hand sew all that organza round the side zip with invisible thread – yes really – I then machine sewed the hem, turning it up a teeny bit twice, which although it was easy, seemed to go on and on and on!  Finally, it hung beautifully.

Then came ‘THE SASH’.  Goodness me what a saga. I tried so, so hard to not leave any of this until the last minute but, with the odd teenage tantrum interrupting proceedings and life generally with all that is constantly going on, ‘the sash’ was very last minute and stressful.  Too thick, too thin, too wide, not wide enough, interlining, no interlining, floppy fabric, organza, ivory, pink, duck egg to match shoes and to top it all, where exactly, to the dot, is it going to sit?

Then – really – ‘THE BOW’.  All of the above and more AND HOW LONG?   I even drove, at so the eleventh hour, 50 miles to get more fabric, which we did not even use BUT,  it all turned out ok eventually and most importantly of all, Charlotte was over the moon with it and I finished it on time – just.

Doesn’t she look absolutely gorgeous and so many mummies complemented me on how beautiful she looked and how fabulous her dress was and they couldn’t believe I had made it, even when I explained how I did it – I just smiled constantly, as all proud mummies do – if only they knew the drama!